Among the services provided by the Chamber for our members, one of the most important is our participation in the legislative process. On behalf of local employers, the Chamber is part of several regional and statewide coalitions that attempt to educate lawmakers and regulators about the likely impacts of proposed new rules on the ability of employers to operate and provide jobs in our community.

While the Chamber doesn’t take a support or oppose position on all proposed legislation, we continue working with our neighboring chambers to speak up on behalf of our businesses on a wide range of bills.

As this article is being written, the legislature faces a deadline to move bills out of the fiscal committees in their original house of origin or put the proposal aside for this session. We expect that a number of bills of concern will be stopped at this phase, but we are preparing to continue arguing for and against bills that continue through the process

Proposed legislation that the Chamber is tracking at this point include proposals addressing everything from the annual efforts to impose more state mandates on the relationship between an employer and their employees, additional regulations which make building necessary housing even more unlikely, demands that private businesses publicize confidential employee data, and the ongoing efforts of some in the legislature to increase taxes and costs for individuals and businesses.

A few example bills that the Chamber has spoken out on this year include:

This bill would create an appointed (not elected) state council to set rules related to wages, hours, and other working conditions on the fast food industry.

Removes redundant requirements and streamline licensing for wineries, breweries, and distilleries by allowing the owners of these facilities to consolidate multiple licenses under one ownership.

The pandemic forced scores of Californians out of work and into the unemployment system, leading to the state’s unemployment fund being overdrawn by billions of dollars. The federal government stepped into to loan the state the funds to continue making unemployment payments. The repayment of the principal of those loans falls to employers through increased payroll taxes, while the state is responsible for the interest payments. Would have allowed the state to make a significant onetime payment toward that debt from the state’s windfall of surplus tax revenues, saving both the state and employers billions over the next several years. While this bill is no longer moving forward, the discussion has moved to the state budget negotiations and we continue to support those efforts.

Would have required employers to pay overtime wages for any work in excess of 32 hours per week, while also requiring that the employee’s previous pay for 40 hours be received for 32 hours.

Would require private employers to disclose pay data to the state which would then make that information publicly available without having the data aggregated or without providing any context for the information.

Authorize a civil court to create a voluntary CARE agreement or courtordered CARE plan to provide behavioral health care, including stabilizing medication, housing, and other services to adults who suffer from psychotic disorders and other conditions. The CARE program would help improve public safety and equip law enforcement and judges with tools to help those experiencing homelessness. 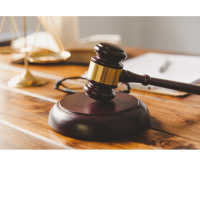