PLANES OF FAME ANNOUNCES NEW AIR MUSEUM AT SANTA MARIA AIRPORT
The campaign has raised over 60% of its goal to date.

SANTA MARIA, Calif. (January 17, 2023) --- Planes of Fame Air Museum (POF), a 501(c)(3) nonprofit, is pleased to announce the public phase of its fundraising campaign to develop a new Museum Campus at the Santa Maria Airport (SMX Campus). Founded in 1957, the mission of Planes of Fame is to preserve aviation history, inspire interest in aviation, educate the public, and honor our veterans and pioneers of aviation. To date, POF has raised over $7.5 million, more than 60 percent of its $12 million capital campaign goal. A generous benefactor has lent support to the SMX Campus capital campaign by agreeing to match new campaign donations dollar for dollar up to $1,000,000. Other lead donors to the campaign include Dan Friedkin & Family, the Clay Lacy Foundation, Lewis Air Legends, Charles Somers, Jim & Jane Slattery, Foster Stanback, Walt Bowe and Lilja Corp.

“We are thrilled to have the Planes of Fame expanding to the Santa Maria Airport.” said Kerry Fenton, Interim Airport Manager. “We partnered with Planes of Fame last year to bring back the Central Coast AirFest and look forward to continuing to work with them on future air shows and educational programs.”

The SMX Campus will serve as an expansion to the museum headquarters located at Chino Airport and support POF flight operations as a base for its maintenance program. The museum’s community outreach and public flight demonstrations have touched the lives of millions of spectators. Annually, the museum’s 25 flight program aircraft perform in over a dozen air shows, provide memorial fly-overs, give rides, and are regularly used in photography and film work, such as the recently released film “Devotion”. These types of programs are effective in inspiring interest in aviation as a career path and have long been valued by the aerospace industry and the military.

“The Santa Maria Airport is an ideal location for an auxiliary base to support our flight operations. It is only about an hour's flight from Chino Airport allowing us to easily rotate aircraft between the two locations.” said Steve Hinton, Museum President. “We believe flying our historic aircraft is a great way to honor our veterans and inspire young people’s interest in aerospace and the importance it has played in world history.”

The development of Planes of Fame Air Museum at SMX will offer STEM educational opportunities, tourist appeal, and revenue generation for the region. The 2022 Central Coast AirFest in partnership with Planes of Fame had record breaking attendance of over 18,500 guests and brought visitors from around the world, including over 4,500 youth attendees. The museum’s year round educational programs will spark interest in aviation and encourage young people to pursue careers in science, technology, engineering, and history.

“My father, as founder of Planes of Fame, would be so proud to see the SMX Campus.” said Karen Maloney Hinton, POF board member and chair of the SMX Campus Capital Campaign. “We have so many people to thank; from our staff to volunteers, to our donors who have kindly invested in our common vision of creating a place to educate the public about our nation's aviation heritage.”

Planes of Fame will officially begin construction of the SMX Campus in 2023 which spans more than 23 acres. Phase One of the project will include the 56,000 square foot Building “Alpha” which will serve as a welcoming entry point to the new campus. Building “Alpha” includes a large central aircraft display hangar, a restoration and maintenance wing, and an event hangar for educational and public programs. The visitor center at the front of the building will include a lobby, gift shop, offices, and other visitor amenities such as seating and restrooms. Phase One is expected to be completed in late 2024 and open to the public by 2025.

For more information about the project, sign up for updates, or to make a donation, visit www.pofsantamaria.org

This press release was prepared and distributed by Planes of Fame Air Museum.
For more information contact Jane Hinton at jane@planesoffame.org or 909-306-5013 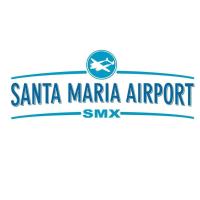