Legislative Session Off to a Fast Start

Both houses of the State Legislature recently wrapped up their work on 2-year bills that had a January 31st deadline to pass their house of origin. The Chamber Advocacy team was focused on a number of significant bills that would impact both our members as well as the larger California economy.

Through a lot of hard work and collaboration we were incredibly successful ahead of this legislative deadline, and I wanted to outline some of our recent wins:

While we had a fantastic track record, a few bills that we opposed did manage to narrowly pass and will continue moving through the Legislative process, however there will be additional opportunities to work on these bills: The 2022 Legislative year is already underway with the initial deadline to introduce new bills coming this Friday, February 18th. The Chamber team will be working hard on the 1,000+ bills that will be introduced to ensure that the State’s economic recovery from COVID is not deterred. 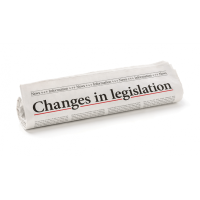