Leadership Santa Maria Valley had the opportunity to meet various officials who make up the greatest influence on our communities’ government. Committee organizers included: Nancy Crawford (CEO, CareConnect), Roberto Rodriguez (COO, Boys & Girls Club of the Mid Central Coast), Joyce Melena (Corporate Trainer, Community Health Centers), along with advisors Michael Nash, and Hugh Rafferty. The goal was to not only learn about our local government, but to break down how government decisions are made.
The day began with an illuminating City Hall Tour with Mark Van De Kamp, Public Information Manager with the city. The tour consisted of capturing the beautiful history of the building while getting an in-depth review of our Santa Maria Valley heritage. The palm trees aligned outside the hall measurably outlines that of where the original Carnegie Library stood. Mark emphasized the importance of the building, noting that “thousands of decisions get made” [right in this hall].
We then heard from Chuen Ng, Director of Community Development. Mr. Ng spoke to the group about the city’s population growth, and the current plans to plan for the future. The city of Santa Maria is expected to grow an estimated 30 to 35 thousand in the next 20 years, and we discussed the infrastructure of this potential growth. Steve Lavagino, 5th District Supervisor, came in afterwards and discussed government and how his role plays into city decisions. Mr. Lavagino presented the class with his ideas and propositions on how the city of Santa Maria can thrive more vividly.
City Manager, Jason Stilwell along with Principle Planner, Laurie Tamura came in and discussed the City of Santa Maria’s development in a much in-depth prospective. Laurie addressed the population growth and how there are so many factors besides just building housing on a plot of land. Factors like employer growth, thoughts of more schools, should we expand east/west, should we expand up? Laurie also mentioned that she hopes for more representation and input from the Hispanic community in regards to our city planning than in years past. As the Hispanic community makes up about 78% of our cities’ population, more input to city planning would be beneficial.
Leadership Speaker, Cary Gray, President and CEO of Profiles International, Inc.spoke to the group about different Team Styles as well as handling different Management approach.
At the end of our day, we heard from the cities’ Economic Development Director, Suzanne Singh as well as newly elected city council member, Maribel Aguilera-Hernandez. Suzanne spoke about our cities’ limited land growth and the difficulty to do business in this state. Suzanne also mentioned that we need higher-paying employment along with housing that she’d mention the chamber is working on. Maribel ended the day stating that we need younger advocates in our city. We need our younger population to start getting involved if we want our city to make improvements. When asked about voting, Maribel mentioned that voting matters no matter how small the election can be. “If they didn’t vote for me, and least they voted which is what matters.”
The planning committee would like to give a final thank you to the following: Hugh Rafferty, and Michael Nash for being excellent advisors; CareConnect for providing breakfast and printing numerous paper copies for our Agendas; Community Health Centers for sponsoring lunch from local business, The Homestead; The Paz Family for donating Wine; and special shout out to the various officials who came out to speak to our class. 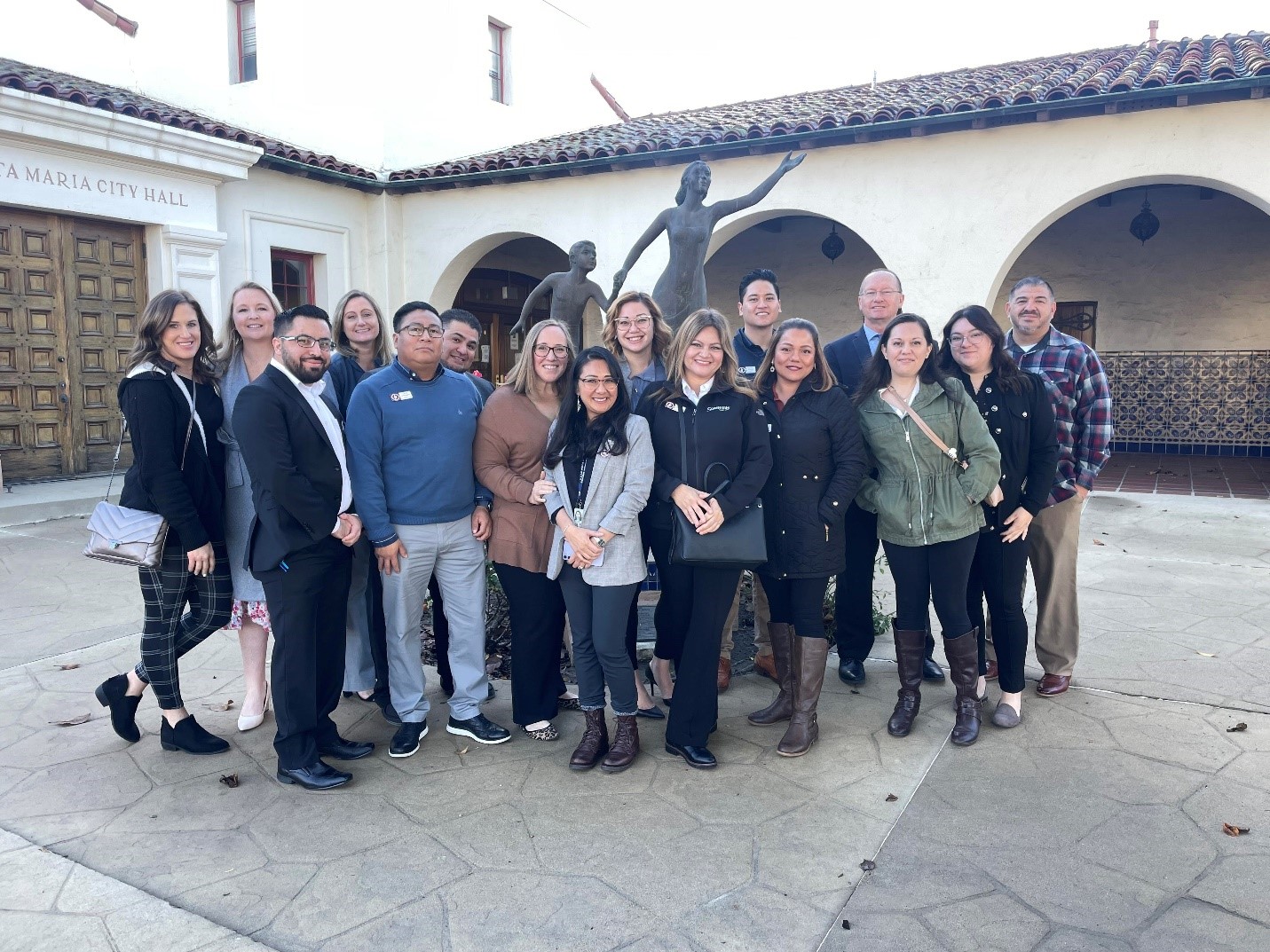 LSMV Class of 2023 in front of the “Mother and Son”,  by internationally known sculptor, Clement Renzi, installed in front of City Hall on August 10, 1985. 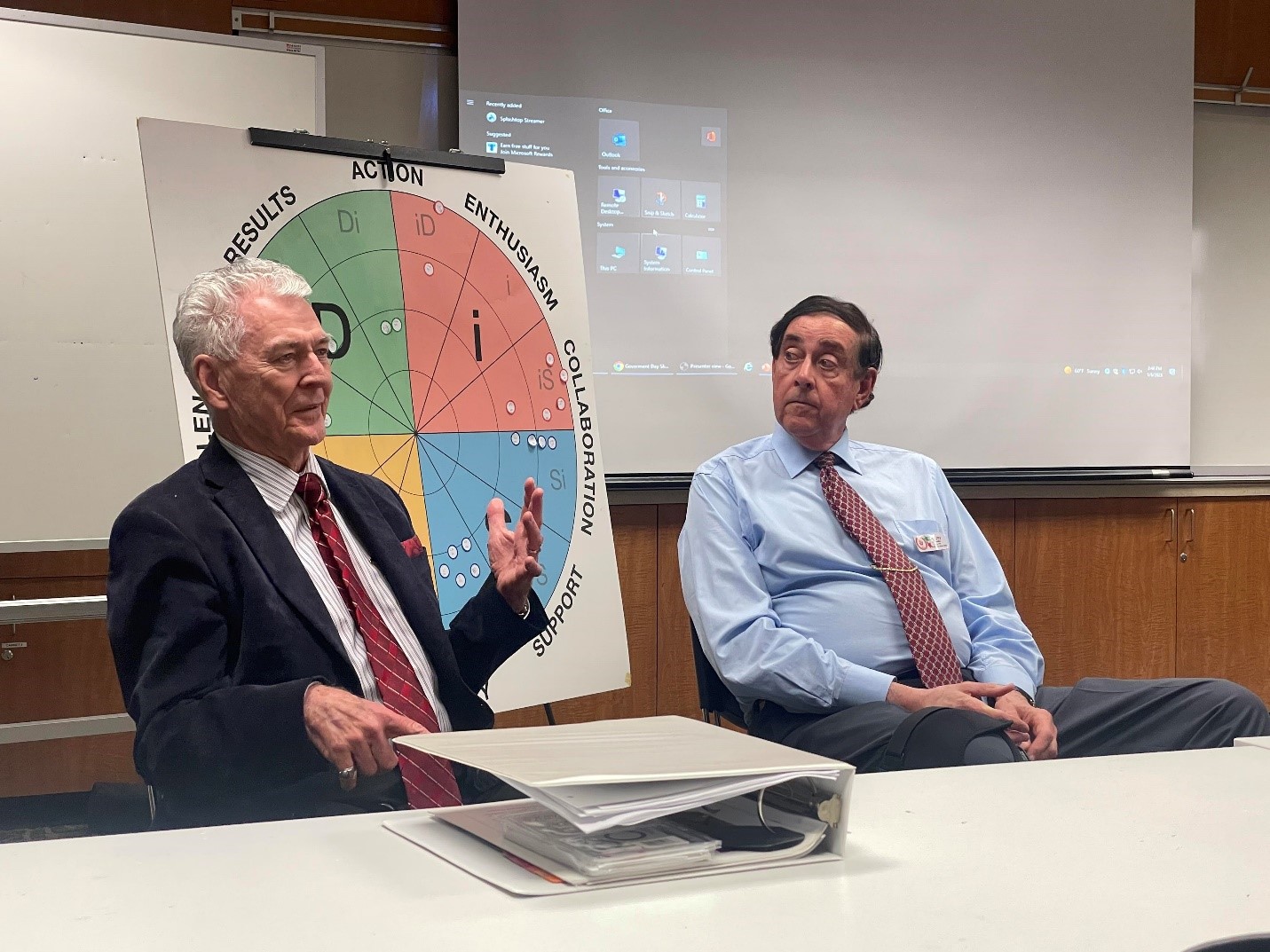